Texas does everything bigger, right? So it makes perfect sense that Texas leads the United States in wind energy production. The Texas wind industry is providing jobs, helping the environment, and even saving consumers money.
Note: This data is based on facts collected at the end of 2018.

The state of Texas has 12,973 installed wind turbines.

Texas accounts for about ¼ of all generated wind power in the United States.

3. Competing on a world level

There are only 5 countries on earth producing more wind energy than the state of Texas, according to a report by the Department of Energy in 2018.

Texas has nearly 23,421 megawatts of installed wind power, with the next closest state being Oklahoma, at about 7,694 megawatts installed. One megawatt can power about 200 homes during peak demand.

The wind industry in Texas has created more than 24,000 jobs for Texans.

In 2017, Texas wind energy saved the equivalent of 23.4 billion gallons of water.

Wind (and solar) energy reduced wholesale power costs to Texas energy consumers by $5.7 billion between 2010 and 2017.

Texas is the only state in the country on its own power grid, and the lack of federal oversight has been a contributor to rapid wind power expansion. 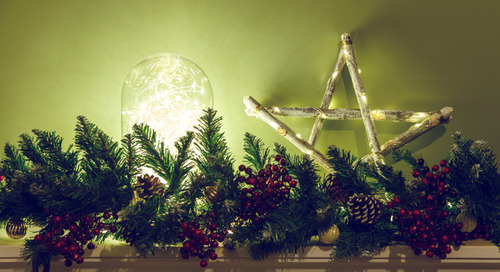 Dreaming of a Green Christmas

Enjoy the merriment of the holiday season, while also being eco-conscious. These tips will help you save so...

There’s a chill in the air, the holiday season is near, and nothing sounds better than cozying up in front... 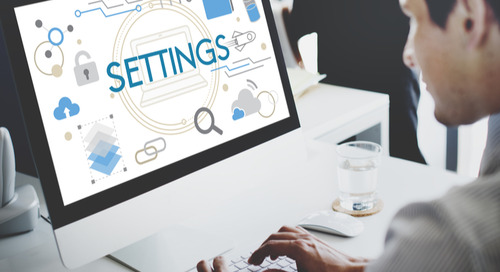 How to configure your browser to allow pop-up windows

Most browsers today include a feature that blocks pop-up windows. While this is great to eliminate videos that auto-play, ads and other bothersome pop-up windows, this feature can sometimes...

The holidays comes with a lot of excess. Do your part and reuse your Christmas cards and wrapping paper to give them a second life away from the recycle bin or trashcan. Old Christmas cardsDon’t...

Texas has its own special way of celebrating the holiday season. Here are 12 ways Texans across the state celebrate the most wonderful time of the year.Barbed wire wreaths It’s one of those...

Christmas on the Coast

During the holidays the kids are home from school, and most offices close down for some much-needed time off. This year, take advantage of your days off with a Texas-style Christmas “staycation.”... 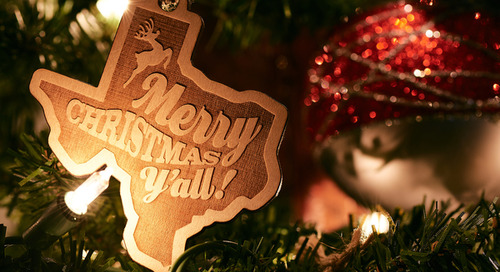 If your loved ones love Texas as much as we do, check out our Texas-themed gift guide. Whether they’ve moved out of state, or live in Texas and can’t get enough, these gifts are sure to make them...

Dreaming of a Green Christmas

Enjoy the merriment of the holiday season, while also being eco-conscious. These tips will help you save some cash, while also saving the planet this December.Gifts Shop local, and choose natural,...

There’s a chill in the air, the holiday season is near, and nothing sounds better than cozying up in front of a warm fireplace. Enjoy your fireplace even more this season by understanding how...

In the chaos of the holiday season, making eco-friendly choices isn’t always top of mind. Make your holiday a little greener this year with our simple, eco-friendly Thanksgiving tips.  1. Use your...

Winter in Texas is here and every year when the temps drop the heat gets turned on quickly inside. It’s easy to see a higher electricity bill if you’re not aware of tips and tricks to use in your... 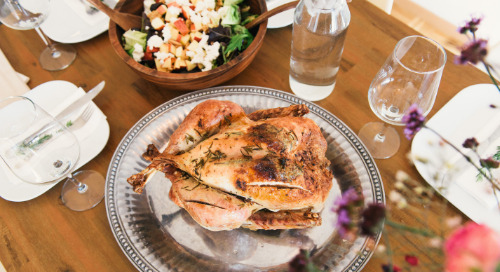 Thanksgiving Dishes With A Texas Twist

10 reasons you should move to Houston

Houston is a thriving metropolis of 7 million people. It’s the 4th largest city in the US, with the most diverse population, surpassing New York City. Why does everyone love living here? Read on,...

To live in Texas is to love Texas. Texans carry an enormous amount of state pride, and for good reason: Texas is AMAZING. Between Gulf Coast beaches and the beauty of Hill Country, there’s plenty...

To live in Texas is to love Texas. Texans carry an enormous amount of state pride, and for good reason: Texas is AMAZING. Between Gulf Coast beaches and the beauty of Hill Country, there’s plenty...